Recently I had to face the following scenario: I was trying to create a customized gridview which automatically loaded an also customized template for the pager that fully integrated with some custom object that I was receiving from an external library.

In short, I needed to generate some controls in a dynamic way and decorate them with client capabilities. I thought that using the clientID will do the trick but I was surprised by the fact that when you add some control to your page/control you cannot get the proper clientID property until PreRender event of the page/control life cycle.

So if one of your added controls need to make reference to another one in a generated client script you better get sure that you’re retrieving the clientID on the PreRender event of this control.

I will post you an example to better explain all this: 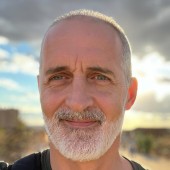